Facebook It is one of the most used social networks globally, so it can be inferred that it also has a high number of registered users who use the platform on a daily basis. However, the application for smartphones can demand a lot of mobile resources, so the company has seen the need to launch a lighter version on the market that can be used by all users; this is known as Facebook Lite and today we will tell you all about it.

Facebook Lite is an application for smartphones that can be downloaded to access the social network. However, it has notable differences visually with respect to the main app of the platform. Despite Facebook and Facebook Lite belong to the same companythe latter is designed for devices with limited power capabilities.

For this reason, if you use Facebook Lite you will realize that everything will load much faster, cache memory is almost never cleared, videos usually load in low quality depending on your connection (because it can even work with 2G networks) or other factors. In addition, multiple other settings can be made so that the app does not require so many resources from your smartphone.

It is a way of accessing the social network for those who do not have the latest generation smartphones, with advanced features or that for storage reasons cannot download the main Facebook app. Since, let’s remember that the latter has a weight of more than 600 MB, since it stores high amounts of data, while the “Lite” version will occupy less than 50 MB on your device.

If you have doubts about how the Lite version of Facebook works, we clarify that there is not much to say, since its operation is basically the same as that of the main app. The difference lies solely in the visual details, the programming code used (which will be more agile for your mobile to load) and the storage space it occupies on your smartphone.

However, a notable difference, and one that may be of great benefit to you, is that in Facebook Lite you won’t have to download Messenger messaging to be able to reply to messages. Since, here it is integrated and you can send and view the texts directly from there. This way you can save a lot of space, because this messaging app also takes up a lot of storage space on your smartphone.

It is worth noting that in facebook lite functions are simplified and animations are not as lively as those found in the full version of the app. For this reason, if you come from using the main version of Facebook, you may notice a “sudden” change in the aesthetics of the social network; as well as in the interactions and other similar aspects.

You should know that download Facebook Lite it is not a complicated process to carry out; regardless of the software that your computer has. However, it is obvious that the steps to take to get the app will be different. Therefore, we will show you below so that you can access the application easily and quickly.

Recommendation Featured fan on Facebook: what it means and how to be one with a badge 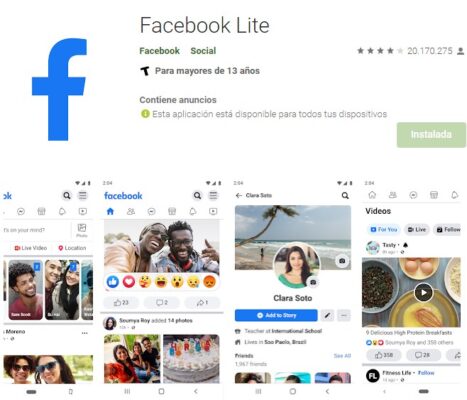 Download Facebook Lite on Android It is quite easy, for this you will only have to carry out the steps that we mention below and clearly have a user in the social network. Without further ado, let’s move on to the guide: 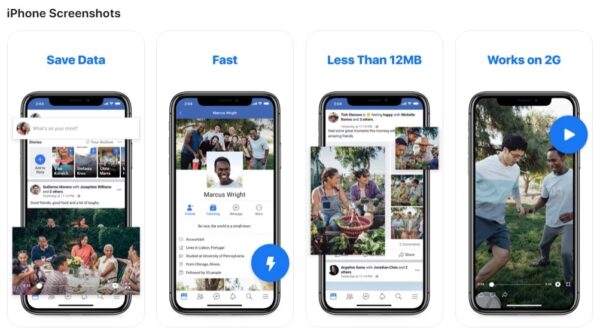 Download Facebook Lite on iOS It is a process that will not take you more than 5 minutes, since the steps you must follow to obtain the app are less than 5. We will explain it to you below, just keep reading:

You can find out more about which cookies we are using or switch them off in settings.

This website uses cookies so that we can provide you with the best user experience possible. Cookie information is stored in your browser and performs functions such as recognising you when you return to our website and helping our team to understand which sections of the website you find most interesting and useful.

Strictly Necessary Cookie should be enabled at all times so that we can save your preferences for cookie settings.

If you disable this cookie, we will not be able to save your preferences. This means that every time you visit this website you will need to enable or disable cookies again.